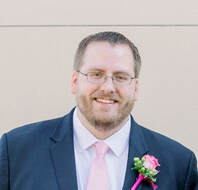 Kamden Strunk is an Associate Professor of Educational Research at Auburn University in the Department of Educational Foundations, Leadership, and Technology. Currently, he teaches quantitative methods for educational research. He has also taught in the areas of educational foundations, social justice, educational psychology, and human development.

His research focuses in three broad areas: social justice and equity in education, motivation in education, and educational research methodology. In social justice and equity in education, he is a queer scholar focused on issues of access, equity, and inclusion for LGBTQ+ students, especially queer and trans students of Color in higher education. His work also emphasizes the role of race and racism, understanding most oppressive experiences in education as the end product of white supremacist cisheteropatriarchy. In motivation in education, his work focuses on time-related academic behavior (e.g., procrastination and timely engagement) and expectancy-value theory. He has developed a theoretical model for integrating motivational valence and time-related academic behavior, as well as documenting the contextual factors in time-related academic behavior (understanding behaviors like procrastination as primarily shaped by learning environments, rather than being stable individual traits). Finally, in the area of educational research methodology, he has developed a novel method for meta-analytic confirmatory factor analysis (MA-CFA), which he has used to examine the population-level structure of measures including the Beck Depression Inventory-II and the Achievement Goal Questionnaire-Revised. He has also written on critical approaches to quantitative methods, quantitative methods for racial, sexual, and gender justice, as well as the practice of community-involved research methodologies.

Kamden Strunk is also the co-editor of the Queer Studies in Education book series with Brill, which is currently accepting proposals